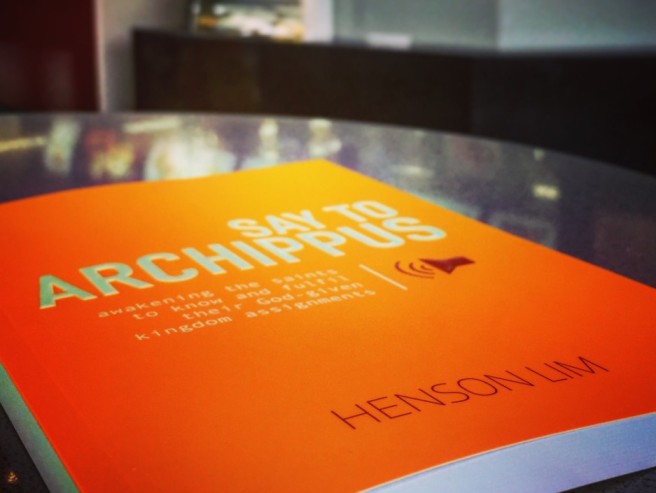 When I first received the assignment of ARCHIPPUS AWAKENING, I took time out to pray and to seek the Lord for clarity concerning the way forward. The result was a document that contained the heartbeat of Archippus Awakening.

“This book nudges the reader to the fundamental truths in Kingdom living. It highlights the empowerment through God’s grace and the pointed call that Christians, who love God, will follow. It reveals the subtle difference between modern Christian mind-sets and God’s truth.” Tay Leng Phuan, Hakka Methodist Church

Over the next months, the prompting for me to publish this document became stronger and stronger. It would be almost a year later in April 2015 before I yielded to the Lord’s direction. And on 27 May 2015, the very first print run of SAY TO ARCHIPPUS was commissioned.

“SAY TO ARCHIPPUS is, in a sense, a clarion call for believers to wake up, stop playing church and get busy fulfilling whatever God has assigned them to do for His Kingdom.” Susheel John, Lead Pastor, Oasis Fellowship

Within one month, all 1,000 copies were snapped up, and a 2nd print run of 1,500 copies was commissioned. These were sold out over the next five months, and in January 2016, we took delivery of the 3rd print run of 2,000 copies. These numbers may not appear impressive where the publishing world is concerned. However, for a title by an unknown local author that is self-published and not distributed at book shops, we give thanks and praise to the Lord for the favour SAY TO ARCHIPPUS has experienced!

From personal purchases, more than a few have returned to obtain more copies for their friends and family. Beyond the shores of Singapore, copies of SAY TO ARCHIPPUS have also made it to China, Australia, USA, Europe, and even Africa! 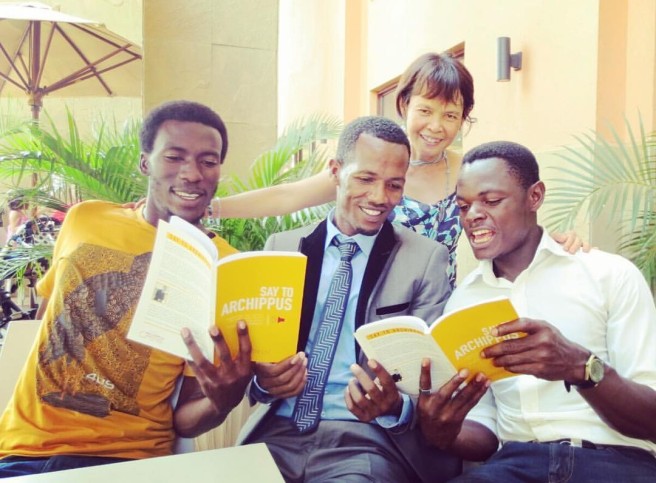 FIND OUT MORE about SAY TO ARCHIPPUS

REVIEWS about SAY TO ARCHIPPUS

“This amazingly accessible book is written in a wonderful conversational tone, filled with clear thinking, laced with theological insight and written from the heart of one who seeks to be obedient to the assignment God has given him.” Rhordan Wicks, Senior Pastor, Full Gospel Assembly

SAY TO ARCHIPPUS is affordably priced at S$16 per copy (excludes postage & packaging). If you’d like to purchase SAY TO ARCHIPPUS for yourself or your friends, email me at brohenson@gmail.com.

“I firmly believe SAY TO ARCHIPPUS is a trumpet call from God our Father to call His people back to His heart. Henson has written a very compelling and clear message based on Scriptures why we must be awakened, aligned and assigned. His heartbeat is God’s heartbeat for His Church.” Grace Chua, Chapel of the Resurrection