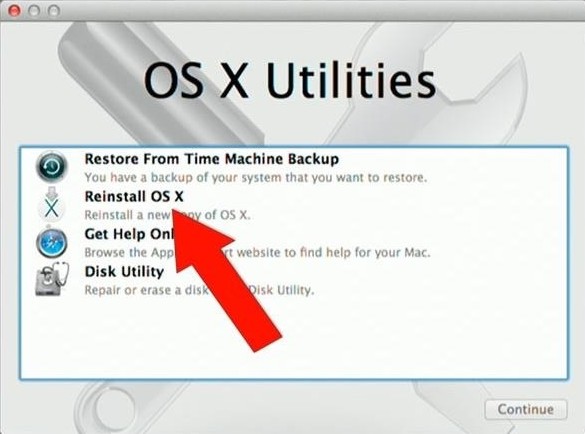 My New Year’s Eve was spent in a rather odd way. Just a day before, my trusty computer started acting strange and an error message kept popping up, telling me that I had run out of application memory space. As such, I had to keep force quitting applications before I could continue using the computer. And a while later, it happened again. It was most frustrating, to say the least. For the next hours, I found myself engaged with Apple Helpline as the various advisors guided me through the trouble shooting process, hoping to isolate the problem – to no avail. The last resort was to reinstall the OS, which was what I did, TWICE!

After the first reinstall, I restored my files from the backup and encountered the same issue. So, I had to reinstall again, and this time, I made it a point NOT to restore the previous User data as that might be the cause of the problem in the first place. It worked (and is still working)! The next step was to set up the applications again – one at a time – and then decide which data files should be copied back in. After all, no point reloading the computer all over again after clearing it out!

Not exactly the best way to spend New Year’s Eve! And yet, as I stared at the screen, waiting for stuff to load and for other stuff to be copied back, I found myself giving thanks for this inconvenience I had to go through. It sure wasn’t fun at all, but it was definitely needed! Deep within, I recognised the prophetic significance of this episode and what the Lord wanted to say to me by allowing this to happen – on New Year’s Eve.

For sure, it had been a packed and fulfilling 2015. [Read How Was 2015 For You? and 2015: A Season of Sowing] And like my computer, I was maxed out. Although things appeared fine on the surface, I was running out of application memory space. It was tough juggling the many developments happening on the various fronts, and I was multi-tasking beyond what I could handle. I found myself thinking all the time, and forgetting most of what I thought of. I was like a computer going on overdrive, partitioning and fragmenting. partitioning and fragmenting. It had been a year of keeping the balls up in the air, and there would be new challenges I can expect in the new year! How am I going to manage it? How can I take on any more? And the message came through very clearly: Start fresh. Start anew. Reinstall.

And after reinstalling, don’t go bringing back the old User settings, because that will affect the system again. After reinstalling, don’t go loading the old files that only take up memory space but serve no real purpose other than provide a false sense of security of having them there. Even worse, these will slow down and compromise the effectiveness of the system. Leave those old files, however meaningful and sentimental, in the external hard disk. I can always access and retrieve them for nostalgic reminiscing separately. But for the work ahead, I am not to let anything or anyone hold me back. I need to start fresh and start anew.

Just two days ago, at the end of my personal retreat, I was promptly reminded by the Lord, “Plan. But leave room for Me to move.” Those who know me as a planner and organiser will understand what a struggle this word is for me. Somehow, for the new territories and new frontiers ahead, I sense that the Lord will show me a new way to do things in 2016.

And then – this timely reinstalling exercise on New Year’s Eve! First the natural, then the spiritual. “Yes, Lord, I hear you loud and clear. I am reinstalled. Ready for You to lead me into this new year!”

4 thoughts on “First The Natural Then The Spiritual: The Lord Prepares Me For The New Year”